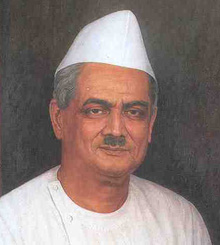 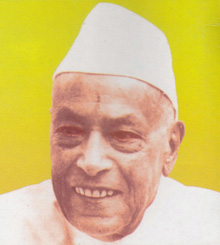 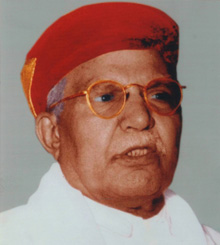 It was one morning in the year 1935, when Sardar Vallabhbhai Patel called a meeting of three spirited men - G. V. Mavalankar who subsequently became the first speaker of the Lok Sabha, Sheth Kasturbhai Lalbhai, an industrial magnate and philanthropist of Gujarat, and Amrutlal Hargovandas, another leading industrialist of the region. The reason behind this meeting was the concern over youth. In those days, Gujarat College - an institute established by the then ruling Government of India - offered education in only two streams, namely Arts and Science. The lack of other options forced students to travel to Bombay.Sardar wanted to do something about the state of higher education in Gujarat, and during the meeting, the four decided to set up new educational institutions. They also got and enthusiastic response from Mr. C. C. Gandhi, a legal luminary and other leading persons and scholars such as Harilal Vadilal Kapadia, Anand Shankar Dhrue, Jivanlal Diwan and Balvantrai Thakor.

Looking for money and a Passion for Reforms...

Ahmedabad Education Society came into being in 1935 based on the draft prepared by G. V. Mavalankar. Anand Shankar Dhrue became its first President and Sheth Kastrubhai Lalbhai was nominated as the Treasurer. The men behind the mission to make Sardar's dream a reality were already reputed in their own right. Donations to build the new educational institutions would have poured in merely for the asking. But instead, these elite men took to the streets with a bag in hand, and made please to the wealthy Amdavadis, asking them to open their purse strings and donate freely. Kasturbhai went from donor to donor and spoke intently to each one of them. He did not just want their money. He wanted to convert philanthropists into passionate social reformers to change the face of Gujarat through education. As more people contributed to AES, it also became righer in terms of human resources and values.

The foundation of AES was laid by a rewarding combination of influential businessmen and social leaders. It had an impressive membership of 300 committed members. In the pre-independence era, people such as the textile mill owners came to gether, collected money and built colleges. These visionaries who built the institutions were not only generous with their money, but also their time and guidance. Free from dominance from any quarters, whether from a person, organization or ideology, AES till date stands as a proud representation of the citizens of Ahmedabad.

With a legacy of 86 years, AES today is the educational hub of Ahmedabad. It is a registered Public Charitable Trust as well as a registered Society established under the respective Acts. It offers exemplary tutelage in fields as diverse as Arts, Commerce, Science, Pharmacy, Architecture, Planning, Business Administration, Computer Application, Management and more.

as far as your eyes can see...

When the time came to purchase land for setting up new institutions, Kasturbhai was asked how much land ought to be purchased.
"As far as your eyes can see..." was his historic reply. Such was the vision and passion of those who rooted for the spread of education and academic excellence in Gujarat. He went on to buy 700 acres of land when only ten acres were needed.